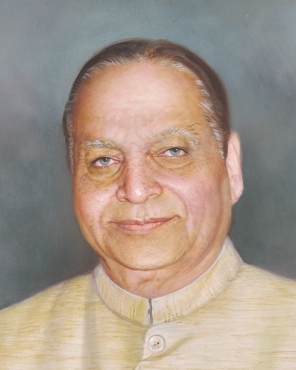 This institute owes its existence to the late Shri. Jawaharlal Darda fondly called as 'Babuji'. Babuji had a multifaceted personality. He was not only active in politics but was also a respected journalist, a wise administrator, a visionary and a large hearted sensitive human being. He was a man of action. At the young age of 17 he jumped into the freedom struggle, became a satyagrahi and also actively participated in the Quit India Movement. In 1944, he set up the Yavatmal Branch of Azad Hind Sena. For his services towards the nation, he was honored by the State Government during the Golden Jubilee Celebrations of India's Independence. He had deep interest in politics, social issues, journalism, farming, poetry, music and arts. Journalism was very close to his heart.

He himself was a renowned and widely respected editor. For him the newspaper was one of the most potent means of social awareness and social change. He had an illustrious career in journalism, which started as early as 1947. In 1952, He started a Marathi weekly newspaper called Lokmat, which he converted into daily in 1971. Under his leadership, Lokmat emerged to be the No. 1 Newspaper of the state and country's 6th largest read daily with 15 editions printed from 10 centers. He was a member of the State Legislative Council. During 1978 to 1993, he handled many important portfolios in the Maharashtra Govt. as a Minister such as Industry, Energy, Public Works, Health, Food & Civil Supplies, Textiles, Environment and Sports Youth Affairs. His administrative skills left a lasting impression on these ministries. The new Industrial policy of the state was declared during his tenure as the Industry Minister. His thoughts greatly influenced the industrial development of the state. He was a visionary. People were central to whatever he did. He believed no Development is possible in the real sense unless people are educated. He set up the first college Amolakchand Mahavidyalaya' at Yavatmal in 1959. Now the city of Yavatmal hosts a Medical College, an Engineering College and a Polytechnic. He believed we should keep pace with the changing times, be receptive to new ideas and technologies, only then real progress can be achieved. He always played his part to the fullest and left an indelible impression on whatever he did.